Morons and their Cameras

"His watch is really a radio, his gun a pen"
'Spyworld' - Wall of Voodoo

This is Chasmal and before I get onto the subject in hand, I just want to say thanks to TonyN for his sterling work on the blog. Those that know me personally will be aware that my life has changed considerably in recent months and as a result I do not have the time to devote to the blog that it deserves. To be honest, at the start of the year I felt that the battle was over, bar some shouting and that we had won. Recent months have proven that this was not the case and that this blog can still play a part in highlighting prohibitionist campaigns.

Now onto the article. I still manage to visit clubs and last week and I standing happily at the bar in one when I learned that a dancer had confiscated some kind of filming device that was being used by a customer to secretly film stand performances. I had a look at the camera, it was essentially a pen with a lens and a USB device. I found it quite ingenious and at the same time, really very disturbing and therefore decided to present  a guide to spotting these devices and the morons that use them in clubs to film dancers.

But why do I think that secret filmers are morons?

Well if I took one of these devices in a club and stated to film customers and then publish my footage on the internet, I would quite rightly be held to account. So I take to the view that the customer who was filming (and I don't care what he planned to do with the film) was not only a moron, but a hypocrite as well and was delighted that he had lost his camera pen.

The whole incident worried me, so I started to do some research on the matter in order to be able to present  my guide to 'Morons and Their Cameras'.

Morons can be hard to spot, but their cameras can be well hidden as this guide will demonstrate.

Irrespective of how the camera has been disguised, if it is to function it will need an opening for the lens and that will always give the game away, its just a case of being observant. 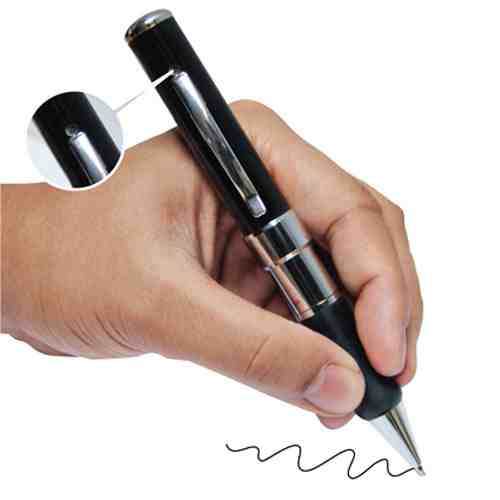 As you can see it looks like a pen and writes as well, but it is somewhat on the large side. That said for it to work is needs to be securely mounted in a pocket and close examination will always reveal the hole for the lens. The 'close examination' can be done during the jug collection I imagine. 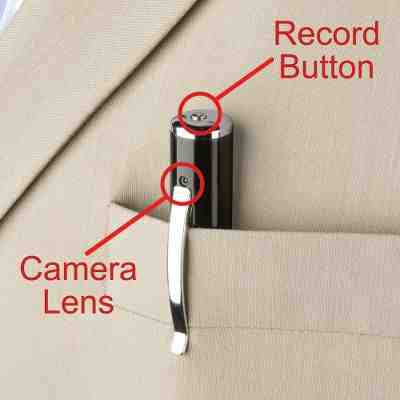 So pen cameras are chunky, usually pocket mounted and of course feature a lens. Actually maybe they don't have to be pocket mounted, maybe the pen could be hand held so maybe we should be looking for people brandishing a pen mid crossword completion and holding their pen very still for the duration of a stage performance. 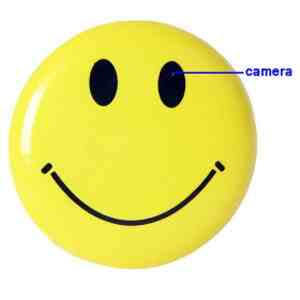 This is tricky because its well disguised, but the game is given away by the opening for the lens.. 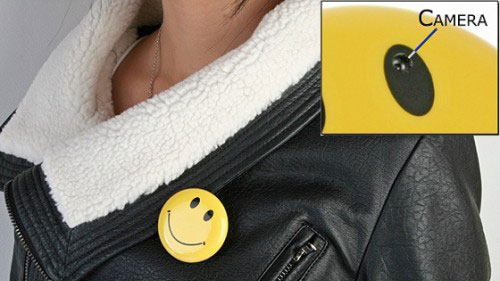 These to me seem easier to spot because the presence of the lens means that frame must be bulkier and the lens opening would seem to be more obvious. In the shot below we can see the lens has been hidden in the bridge of the frame... 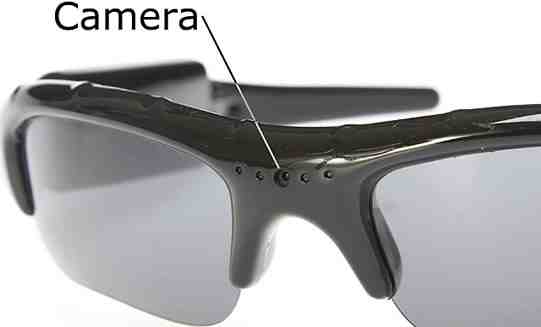 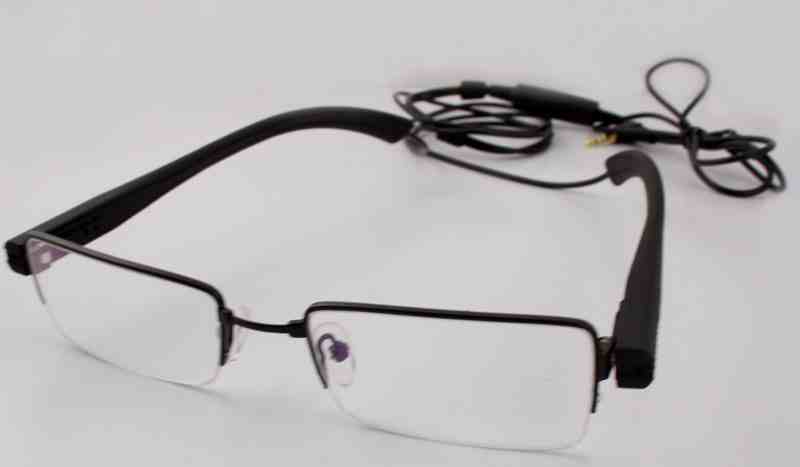 In the shot above we can see that the camera has been built into the arm of the frame. The thickness of the arms should make such a device easy to spot.

This is tricky, however the button will probably not resemble its companions on the jacket and the lens opening makes it suspicious for anyone who is being observant. Also I guess this device would leave a bulge in the jacket of anyone who is wearing it. 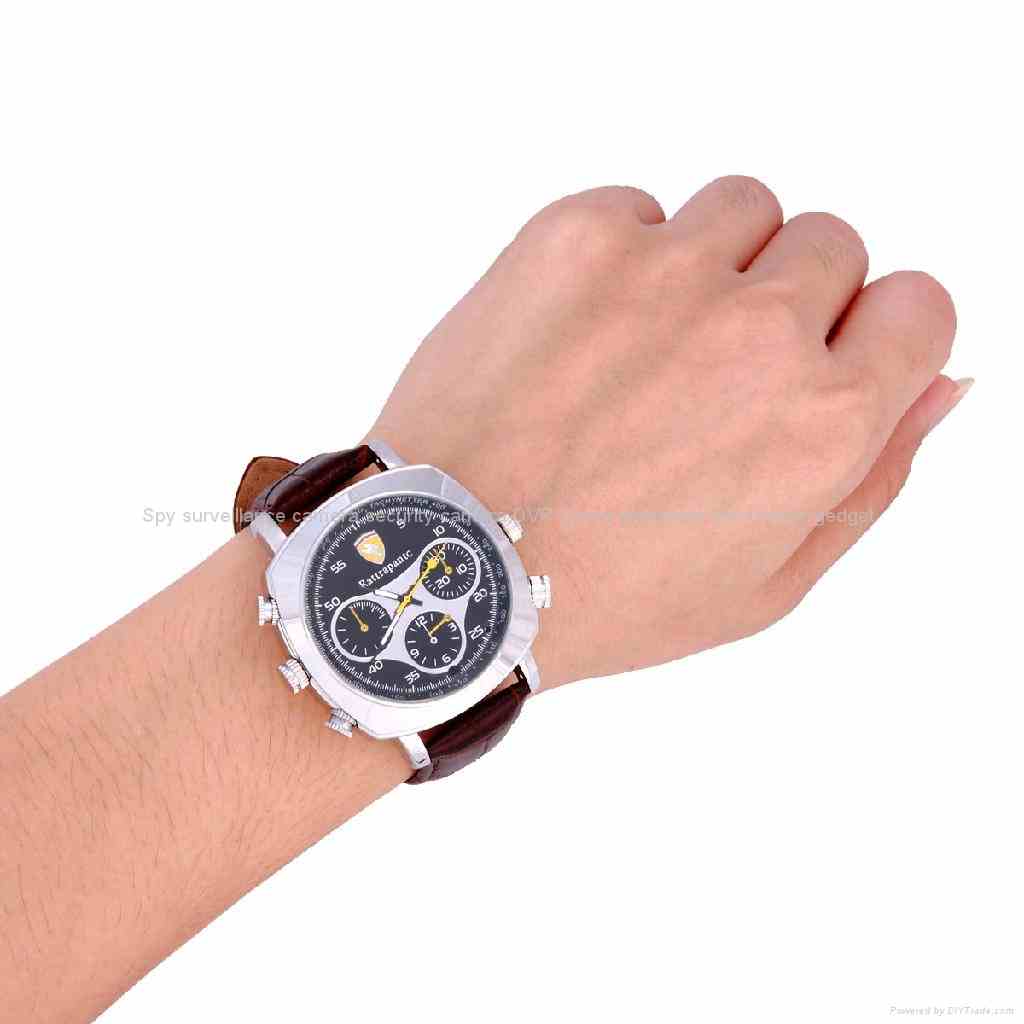 This kind of kit seems difficult to spot, but we can see that the watch sees larger than average and for it to be used it would have to be noticeably angled toward the stage area.

In summary, I have to say that if a moron is sufficiently determined to film in a club, then there is not much to be done about it, but careful observation of customer behavior and a close look when collecting should prevent most people from adding to their collection of private videos. Most of the kit featured in this article costs between £25.00 to £70.00 and you can imagine that secret dancer recorders would be reluctant to invest more money than this because they know there is a risk that they will lose their camera. My best guess is what would be deployed in a club would be from the cheaper end of the market.

I think that the best rule of thumb is that if as a dancer you believe that someone is filming you, then they probably are.

Dancers don't tend to advertise the fact about what they do for a living. Those that have have suffered campaigns of abuse from the more unhinged members of well known 'human rights' groups, so anyone that films a dancer at work is knowingly putting them at risk. As customers we owe it ourselves to be equally vigilant, because it might not just the dancers face that is featured on one of these sneaky videos.

Finally, you may wish to go back to 2008 when an arsehole called Peter Crystal started hanging round lap dancing clubs with hidden equipment such that presented in this article in order produce footage for an expose 'Shock Horror Clubs Have Naked Women' episode of 'Despatches'. He did this on the behest of two other aresholes, Janice Finch and Steve Boulton, who were the episodes producer and executive producer respectively.

I take the view that if we know about something we can deal with it. Lets keep our eyes open and deal with this problem firmly.