A Little Bit and Nottingham

Okay first this is TonyN here and today I want to start with a big thank you to Chasmal for all the hard work he has put in. Things have conspired in his life to set major hurdles in his way and we probably won't see him post anytime soon so I will do my best Chasmal impersonation and try to blind you with my wit and charm.

Now Manhattan in Crewe has lost it's license even though it was licensed under the 2003 act. But I will not be shouting about how this was anything other than poor management. The paperwork which is suppose to be a safeguard from underage dancers was not kept up to date amongst 15 points that were raised from the clubs conditions and although the manager had 5 weeks to rectify things the club hadn't done this. So although I hate to see a club closing it is important that dancers and customers be protected and any club that fails to do so has no right to expect to stay open. Properly run licensed venues are what we need to see.

We also lost the Harp near Tonbridge. 43 Objections were received, now clubs and pubs are always going to face some objections so it is worth venues making sure people know that positive messages are needed. If clubs let me know at tonyprince@acdcfan.com about upcoming license renewals we can at least let people know so if anyone uses the venue they can comment.

And finally the result of the Consultation in Nottingham is in (drum roll please) and 61% of people who took part in the survey are against a complete ban. This is from a total of 1395 people who took part in the consultation. Interesting to read that only 35% were for a ban and yet the report claims things are about even in opinion. Seem that they are trying to ignore the people who say things are about right. And remember this was after the Deputy Police and Crime Commissioner made claims about crimes that she based on Lilith (okay when you have stopped laughing). Even after all this just under two thirds of people don't want a ban (yes I can play with the statistics). Wonder what all the councillors will make of the figures. 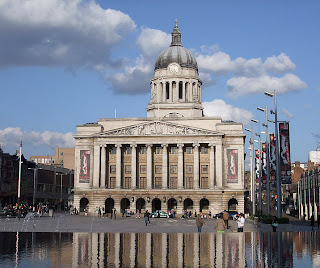 The figures mirror the numbers and percentage of Hackney pretty closely which is suggestive in itself. Obviously those people who took part were those that felt most strongly but considering the misleading information from a senior police official published in a local paper this result, in my very humble opinion, is a victory for common sense. Of course the council and police are playing up the figures and going to try and use churches and schools that aren't open when the club is as back door to close anything they don't like. However once again the general population react against the moral minority. And was interesting reading the report the number of people who felt it should be banned on moral grounds. Of course in a consultation that doesn't matter much but does highlight the fact that clubs will need to check any objections to license renewals for it being a moral standpoint.
Posted by Chasmal at 12:49 PM