Sorry people been quiet and distracted, I would say also there hasn't been much going on so it wasn't much to write about. However I do have a couple of things that are now doing the rounds. Object have been been quiet just the odd tweet or retweet, they have become a bit of a non entity.

So first I want to talk about a consultation being done in York about should they take a nil policy stance and if not how many venues should the clubs be limited to. If you live in York or the surrounding area you can complete the consultation here. Having looked at how the consultation is structured anyone with half a brain cell would question the bias of the questionnaire, I am going to do a FoI about how the questionnaire was put together as I am thinking whoever wrote the questions and structured the choices in the response options was just a tiny bit biased.

I would say if I didn't know better I would assume that someone had taken the last SEV consultation in Leeds and just changed the locations. I mean no one would be that lazy and biased would they? Any just so people who are not filling it in have some idea the questions are put together in such a way that it assumes the person filling the consultation is against the SEVs and really wants none. Now I understand that consultations are hard work but really this one just says we hate clubs. 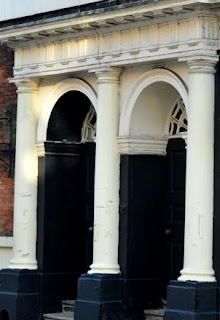 Over in Chester the Platinum lounge is back up for license renewal, which means after all the issues previously I am not holding out much hope for a fair decision, more a case of bias by the council. What I do wonder is of the people who are objecting just how many are working on the basis of a moral opinion? I expect that this will require another FoI to find out just what was said, obviously don't care about the who unless they are not locals. The whole business has been complete but nothing like a council to create a situation that no one can get their head round. Of course nothing ois ever simple as apparently the local residents sent in secret shoppers who got all sorts of offers that are not with in the bounds of the club license. Now I am not sure how much I would trust an observer who has an agenda to give an honest an accurate report and they may have just misunderstood the marketing tactics of the dancers to get more dances. 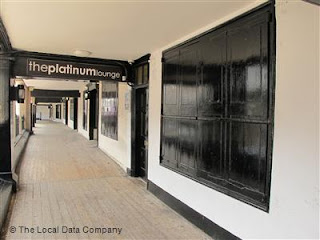 However given the fact the council had already tried to close the lounge I fear that moral watchdogs will once again succeed to express their beliefs in getting the venue closed. I hope I am wrong and I am happy that are people standing up for the club, maybe common sense will prevail but I am not holding my breath.

Finally as a quick aside Magic Mike XXL is doing the rounds now and I hear that many female friends have enjoyed  what was on offer. Could you imagine the outrage if the film was Magic Mary? Of course there would be the usually issues and cries of sexism and objectification but guess most feminists will not watch this film and will decry it for perpetuating the gender stereotypes? When will some people realise people enjoy imagery and there is nothing wrong or unnatural about it? Time to move on and let adults make money how they want. Live and let live!